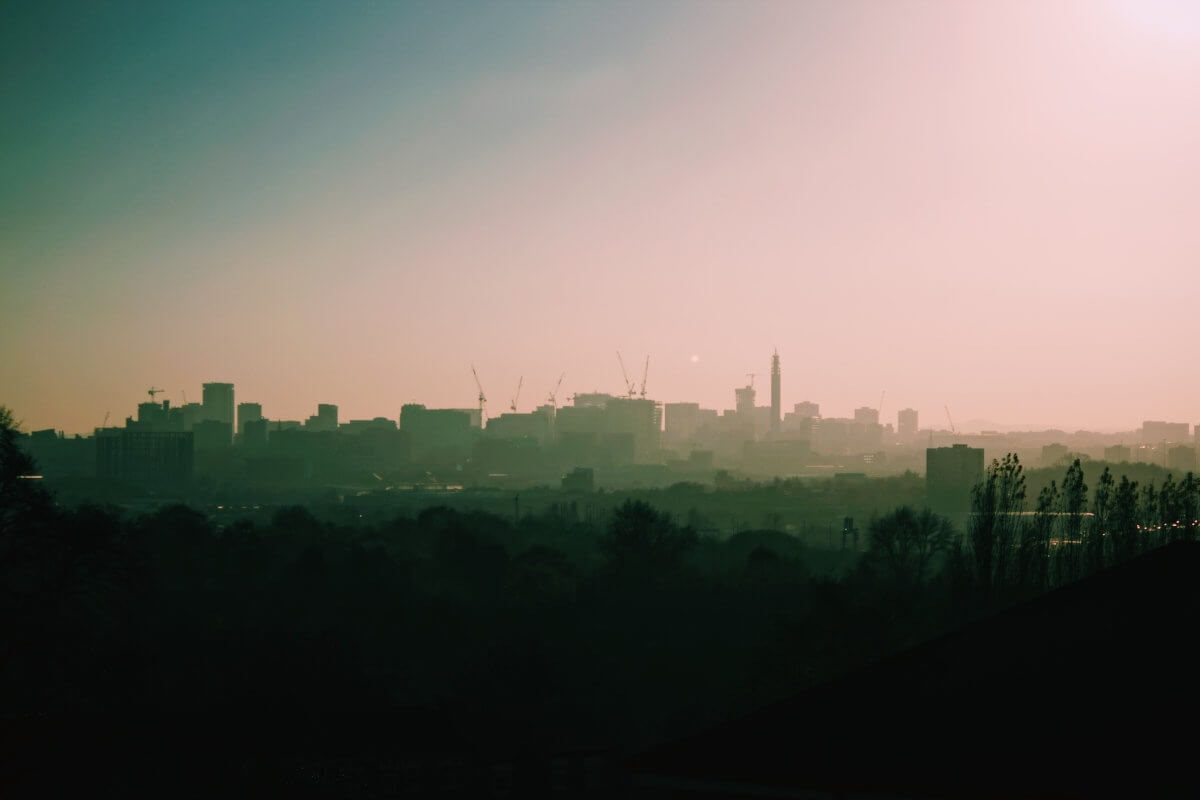 From the massive city of Birmingham to the agricultural delights of Hereford, if you’re looking for places to visit in the West Midlands then you are not going to be short on options!

Along with Stratford-upon-Avon (the birthplace of William Shakespeare), the West Midlands are most known for being one of the most heavily urbanised counties in the UK, with a long history of industry and manufacturing.

In this post, we’ll be sharing our top picks for places to visit in the West Midlands, including the prettiest castles, cathedrals and towns.

We hope you enjoy learning about this historically important region, but be sure to let us know in the comments which West Midlands must-sees we should add to our list!

Often called the “second city of the United Kingdom”, Birmingham is the second-largest city and second-largest metropolitan area in the whole UK. While it was historically a market town, it saw a massive boom during the Industrial Revolution.

And although Birmingham was traditionally a centre of manufacturing and engineering, today it has more parks than any other European city (571).

The Botanical Gardens are a must-visit for beautiful botany while fans of Lord of the Rings and The Hobbit will definitely want to see Moseley Bog – a nature reserve thought to have inspired The Shire!

Author J. R. R. Tolkien is more often associated with Oxford, but he actually grew up in and around Birmingham. Fans of the British television series ‘Peaky Blinders’ will also know that Birmingham is the location of the story, with some scenes filmed nearby at The Black Country Living Museum as well.

For lovers of culture, Birmingham’s jewellery quarter is filled with listed buildings, museums, pubs, restaurants, galleries, jewellery shops (of course), and even nightclubs.

And last but not least, foodies will be happy to know that Birmingham is also home to the most Michelin-starred restaurants in any UK city outside of London!

One of the most popular West Midlands tourist attractions is definitely the town of Stratford-upon-Avon, where legendary British playwright William Shakespeare was both born and buried.

Fans of the legendary bard flock to Stratford to see the house where Shakespeare was born and his grave at the Holy Trinity Church. Anne Hathaway’s cottage (pictured below) was the family home of Shakespeare’s wife and is now a museum.

Other attractions in Stratford-upon-Avon include the Stratford Butterfly Farm and a famous teddy bear shop called Curtis Brae. There are also boats in the town’s Canal Basin where you can get delicious ice cream or fish and chips!

If you’ve heard the ancient legend of Lady Godiva riding her horse naked through the city in protest of her husband’s taxes, then you’ve heard of Coventry!

While Lady Godiva was a real historic figure, married to Leofric the Earl of Mercia during the 11th-century, her famous ride is not verified, but it has led to much art on the topic. Visitors to Coventry can spot a famous statue of her in the heart of Broadgate Square, while the Herbert Art Gallery and Museum has a permanent exhibition of the subject.

Other popular attractions in Coventry include the Coventry Cathedral or, rather, the remains of the original cathedral which was mostly destroyed during air raids in WWII, and the more modern ‘new’ cathedral next door.

The Coventry Transport Museum is a testament to the city’s past as a car manufacturing hub, it houses a vast collection of British cars, bikes, motorcycles and related artefacts.

For historic things to see in the West Midlands the town and surrounding area of Dudley is definitely a top choice. It’s widely regarded as the capital of ‘The Black Country’; the area in the West Midlands that featured a wide coal seam and was home to many factories during the height of the Industrial Revolution.

It’s debated whether the area was called The Black Country for those coal seams or for the black soot that pumped out of the many factories, making the sky and air always seem dark, but either way, it’s important to note this region was thought to have inspired Tolkien when he wrote of Mordor. The word Mordor even means ‘black region’ in the Elvish language he created!

The Black Country Living Museum (pictured below) is in Dudley and is an excellent spot to learn more about the region’s history of industry. Scenes in Peaky Blinders were also filmed here since it is a living museum with rebuilt shops, houses and industrial buildings, along with staff in period costumes.

For one of the most unusual places to visit in the West Midlands, you can’t go past Cadbury World, the closest thing you’ll ever find to a real-life Willy Wonka’s Chocolate Factory!

Cadbury World is definitely more than just a shop or factory, with multiple interactive exhibits for visitors to learn about the history of chocolate and Cadbury as a brand. These 14 zones include a 4D ride, an Aztec jungle experience and the world’s largest Cadbury store.

It’s a wonderful attraction for children, but adults who like chocolate will also enjoy trying their hand at making chocolate and, of course, tasting some samples. You can also enjoy afternoon tea if you’d like some savoury treats alongside all the chocolate!

Not far from Stratford-upon-Avon (and also located upon the River Avon) is the charming town of Warwick. Relatively untouched by the Industrial Revolution, Warwick’s major tourist attraction is Warwick Castle (pictured below).

Warwick Castle was built by William the Conqueror, first in wood and then later rebuilt in stone. Nowadays it is one of the most picturesque castles in England, sitting on the banks of the Avon, and a very popular destination. Visitors can enjoy the UK’s largest bird of prey show, jousting and archery displays as well as the firing of a replica trebuchet.

Aside from the castle, the town of Warwick offers beautiful historic buildings like the St. Johns House Museum, which houses interesting Victorian displays including a replica of a Victorian classroom, and the Gothic-style St. Mary’s Church. The town centre has many Tudor buildings still intact, as well as pretty gardens to explore.

Worcester is a pretty cathedral and university city located on the River Severn. It’s famous as the site of the final battle in the English Civil War; the Battle of Worcester where the Royalist supporters of King Charles II were defeated by Oliver Cromwell’s New Model Army in 1651.

But of course, that’s not all that Worcester is known for.

For instance, the difficult to pronounce Worcestershire sauce was created in the city of Worcester by the pharmacists John Wheeley Lea and William Henry Perrins.

Royal Worcester is also believed to be the oldest (or second-oldest) English porcelain brand and admirers can see the world’s largest collection of pieces at the Museum of Royal Worcester.

Of course, Worcester Cathedral is one of the most beautiful cathedrals in England, with many architectural styles represented and containing the tomb of King John.

And lastly, visitors who are interested in the Civil Wars will want to see The Commandery, a historic building housing a Civil War museum.

Located close to the Welsh border, the town of Hereford is an important trading centre for agricultural goods from the area, including the famous red and white Hereford cattle breed.

One of the main products produced in Hereford is cider, so lovers of the drink will particularly enjoy exploring the Hereford Cider Museum Trust, a museum about the history and art of cider-making. Like many towns in this list, Hereford is also home to a magnificent Gothic cathedral, which houses the Mappa Mundi; a map of the world from the 13th-century.

Hereford is a charming location for a break, with pretty half-timbered houses and many independent shops. The Old Market has been transformed into an open-air location for shopping, dining and cinema, while the Black and White House Museum is a prime destination to see Jacobean life on display in furniture and artwork.

Regardless of your interests, you’re sure to find something to do here, making it a perfect place for a day trip or weekend break.

Like many destinations in the West Midlands, Stourbridge was once a centre of industry during the Industrial Revolution, in this case, British glass making. Local clay was perfect for making glass, and many French Huguenots came to work in the local coal mines.

Visitors interested in glass-blowing will not want to miss The Red House Cone Glassworks Museum (pictured below), which contains one of only four remaining cones used for glass production in the UK, and hosts demonstrations.

To see exhibitions of Stourbridge glass those interested can head to the Ruskin Glass Centre or the Broadfield House Glass Museum.

Mary Stevens Park is another one of the main assets of Stourbridge, with a lovely pool that’s usually filled with ducks, geese and swans. The Stourbridge Canal has a long walking path running alongside it, while a series of 16 locks, an iron split bridge, a lock cottage and a timber warehouse are located right by the Red House Glass Cone.

Kenilworth Castle was first founded during the Norman conquest and then developed during Tudor times.

It’s most famous for being the home of the 1st Earl of Leicester, Robert Dudley, who was a great favourite of Queen Elizabeth I. Indeed, the Queen actually granted Dudley the castle and even visited on two separate occasions during her regular tours around the country.

While the castle is mostly ruined, the tower Dudley built for the Queen is still exciting to see, as are the stunning recreated Elizabethan gardens. The castle also hosts an impressive fireworks display each year on Bonfire Night, which is widely regarded as one of the best in the country.

Besides the castle, another noteworthy attraction are the ruins of St. Mary’s Abbey, located within Abbey Fields, which also contain a swimming pool, lake and heritage trails; a delightful spot to enjoy in warm weather!

Shrewsbury is another charming market town in the West Midlands, with many unspoilt medieval buildings, the red sandstone Shrewsbury Castle and the Benedictine Shrewsbury Abbey.

This is the town where Charles Darwin was born and spent the first 27 years of his life, before heading to university in Edinburgh. The beautiful castle houses the Soldiers of Shropshire Museum, while there are many picturesque churches parks and bridges.

Shrewsbury plays host to quite a number of excellent festivals as well, including the longest-running flower show in the world (the Shrewsbury Flower Show), the Shrewsbury Folk Festival, a Darwin Festival and the biannual Comics Salopia, a festival of comic arts!

Have we missed any of your favourite places to visit in the West Midlands?