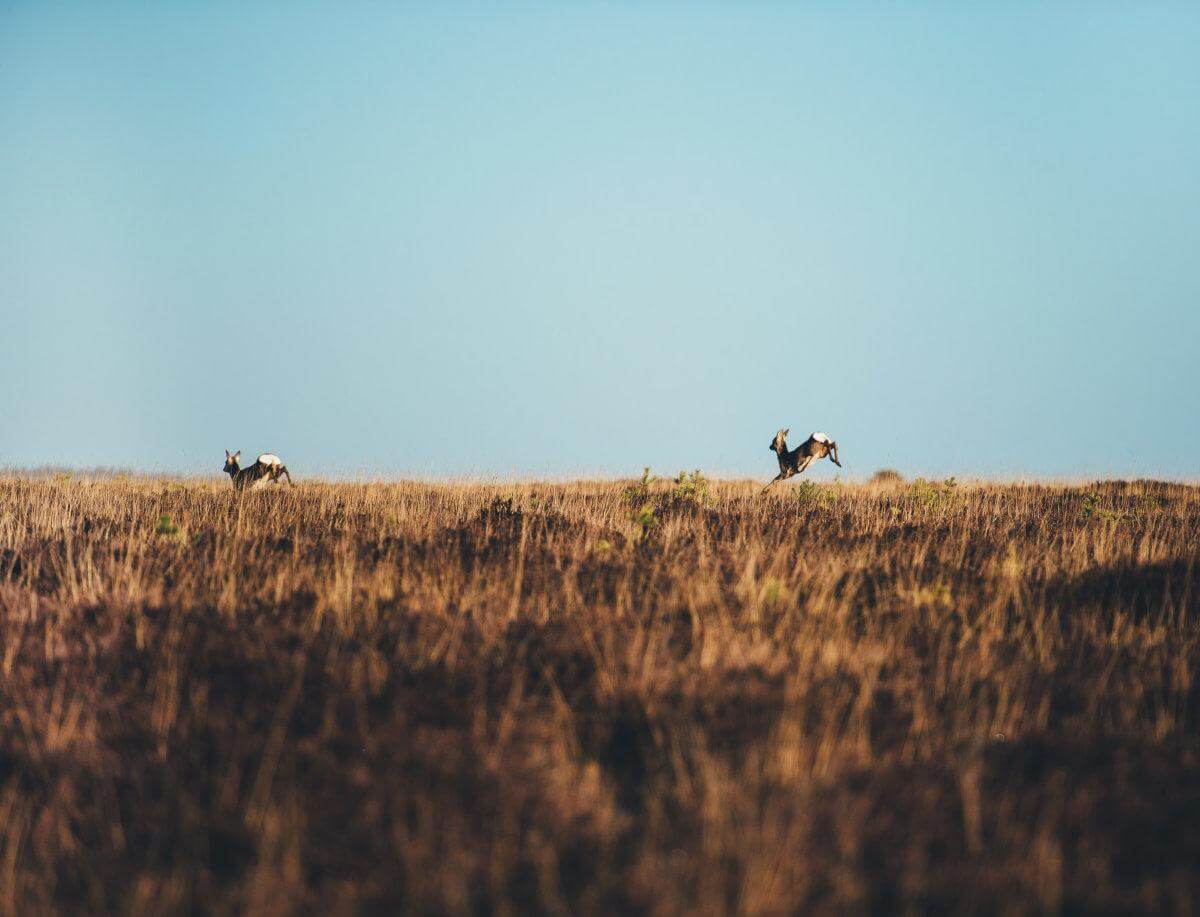 From port cities to historic architecture, if you’re looking for places to visit in Hampshire then you will be pleasantly surprised!

For many, Hampshire is best known for the port cities of Southampton and Portsmouth, but there is much more to discover than just these two cities.

In this post, we’ll be sharing our top picks for places to visit in Hampshire, including the most stunning National Parks, forests and notable houses.

We hope you enjoy learning about this varied region and be sure to let us know in the comments which Hampshire must-sees we should add to our list!

Southampton is one of the two largest cities in Hampshire, offering visitors many fun things to see and do. It’s also the departure point for many cruise ships and was famously the departure port for the Titanic.

Those who are interested in the Titanic disaster can learn more about the ship at the SeaCity Museum. The Southampton Maritime Museum also features interesting exhibits on the city’s history. The Solent Sky Museum will fascinate those who are into vintage aircraft while the Tudor House & Garden allows visitors to step back in time.

Along with the many museums, Southampton is home to numerous art galleries and hosts multiple interesting festivals such as Seaside in the Square, Oktoberfest, Music in the City, Re:claim Street festival and the Southampton Slamma Skateboarding.

The other largest city in Hampshire is also a port city and that is Portsmouth! Some of the best things to see in Hampshire are located in Portsmouth, as well as the seaside resort of Southsea, which is a geographic area of Portsmouth.

The Spinnaker Tower (pictured below) is a 170-metre landmark tower in Portsmouth, with observation decks at three different heights. Besides that landmark, Portsmouth is also home to a number of maritime attractions; such as the Historic Dockyard, the National Museum of the Royal Navy and The D-Day Story.

The seaside resort of Southsea is also part of Portsmouth, located further south on the island. There are beaches and two piers with amusement arcades making up the main attractions, along with Southsea Castle, which was built to defend the port.

Winchester is the county town of Hampshire, and home to one of the most beautiful Hampshire tourist attractions: Winchester Cathedral. Constructed in 1079 it’s the longest Gothic cathedral in the whole of Europe.

Along with the cathedral, the ruins of Winchester Castle draw a number of visitors to see the Museum of Winchester in the castle’s Great Hall. The City Museum also houses displays about the city’s history, including artefacts from the Roman town of Venta Belgarum, which predates Winchester.

One of the most popular Hampshire destinations is Highclere Castle, which is technically an English country house but it’s a Grade I Listed Heritage property.

Highclere is famous for standing in as Downton Abbey in the television series and films of the same name and draws many visitors who are fans of the period drama. Even before Downton Abbey Highclere was quite well known though, as it’s the seat of the Earls of Carnarvon.

The 5th Earl of Carnarvon (George Herbert) was an enthusiastic amateur Egyptologist and together with Howard Carter discovered the tomb of Tutankhamun in 1922. To this day a permanent Egyptian Exhibition tells the story of this discovery in Highclere’s cellars.

PRACTICAL INFORMATION FOR VISITING: There are different opening times for exploring Highclere Castle throughout the year, as well as many special events. Checking the opening times and prices well beforehand on the website is a must!

The New Forest National Park is one of the best places to go in Hampshire for getting out in nature. It was first proclaimed a Royal Forest by William the Conqueror in the 12th-century and is now a National Park combining open heathland and ancient woods.

A number of small villages reside within the New Forest, giving visitors the perfect base to explore the forest by cycling, walking or horse-riding. There are many deer living in the forest, along with cattle, ponies, donkeys and pigs. The area is also popular with bird-watchers who want to see heathland or woodland birds.

Brockenhurst is often called the prettiest town in New Forest and the local pub called The Pig is definitely worth stopping in at for a meal, an overnight stay or just to see their lovely kitchen garden. The St Barbe Museum & Art Gallery in Lymington also has fascinating displays on the history of the town and New Forest itself.

Another charming village in the New Forest that deserves a visit is Beaulieu, which is French for beautiful place. It’s located on the southeastern edge of the New Forest National Park, next to the Beaulieu River.

The other most famous attraction in Beaulieu is the National Motor Museum, which is a must-visit for anyone who’s into cars! It has many historic cars on display, including ones from famous television shows (like Mr. Bean’s mini) and a special exhibit dedicated to the cars from Top Gear.

Purchasing a ticket to the motor museum includes entrance to both the monastery ruins and Palace House.

Perhaps one of the most unusual places to visit in Hampshire is the city of Basingstoke, particularly the Milestones Museum. Basingstoke was once a market town but is now the largest town in Hampshire.

The number one attraction in Basingstoke is the Milestones Museum, an undercover interactive living museum with lots of vintage vehicles and street scenes from the Victorian era. Since it’s interactive, visitors can explore different shops and even a traditional pier with an arcade, feeling like they’ve slipped back in time.

Other things to see in Basingstoke include the ruins of Basing House, a Tudor palace and castle that once rivalled Hampton Court Palace in its size and opulence! Now the castle ruins and gardens are open to the public. The Willis Museum and Sainsbury Gallery is also worth seeing for those interested in the history of the town.

The South Downs National Park is one of the best places to visit in Hampshire for stunning views out to the British channel over chalky cliffs, as well as across the heaths.

A number of rare species can also be found in the South Downs, like the Adonis blue butterfly. The national park is also one of only 16 International Dark Sky Reserves in the world, so it’s a wonderful spot for stargazing.

One of the most-visited Hampshire attractions is Stratfield Saye House, a grand stately home that was bought by the state in 1817 so that it could be given to the 1st Duke of Wellington after winning the Battle of Waterloo.

It has remained the home of all the Dukes of Wellington since… and for most, even their final resting place, apart from the 1st (who received a state funeral at St. Paul’s Cathedral in London) and the 6th (who was buried in Italy after being killed in combat during WWII).

The first Duke of Wellington’s favourite horse, Copenhagen, who he rode into battle at Waterloo, also spent his later years at Stratfield Saye House and is buried there, with a gravestone under a turkey oak to mark his resting place.

Fans of Jane Austen will definitely see Chawton as one of the best places to visit in Hampshire, as it has such strong links to the author and her family.

Jane Austen spent the last eight years of her life living in Chawton, and her previous home is now the Jane Austen’s House Museum. Also called Chawton Cottage, this 17th-century house (pictured below) is Grade 1 Listed and now houses a museum with items that once belonged to Jane on display.

The Chawton House Library was where Jane’s brother lived and this 200-year-old Elizabethan manor house is Grade 2 Listed. It houses the research library of The Centre for the Study of Early Women’s Writing, 1600–1830 and is also open to the public. Here fans of Jane Austen can see where she often walked in the gardens and have a slice of cake in the Old Kitchen Tearoom.

If you want to spend a day amongst some of the prettiest gardens ever, then you must make a visit to the Exbury Gardens & Steam Railway!

Spread out over 200 acres, these gardens were created by Lionel de Rothschild around the neoclassical mansion of Exbury House. While the house is not open to the public there are enough stunning displays and different types of gardens to explore outside to satisfy anyone with a camera.

Must-see sections of the gardens include the Hydrangea Walk, the Rock Garden, Iris Garden, the Sundial Garden, Centenary Garden and Camellia Walk. There’s even a steam railway to take you on a trip through a tunnel, around Dragonfly Pond, through the Summer Lane Garden, along the top of the rock gardens and into the American Garden.

Have we missed any of your favourite places to visit in Hampshire?